Mary Bird Perkins Cancer Center has finalized its affiliation agreement with the Nashville-based network of independent oncology practices, OneOncology, clearing the way for the new partnership to take effect Jan. 1 and officially ending MBPCC’s nearly decadelong affiliation with Our Lady of the Lake Regional Medical Center.

MBPCC first announced the deal with OneOncology in August, after talks broke down in midsummer between MBPCC and OLOL over how to structure a new, 10-year partnership.

In the months since that announcement, there has been a lot of acrimony in the once tightknit and staid Baton Rouge health care community, with threats of litigation, disruptions to patient care and even public name-calling.

Complicating matters, OLOL has announced plans to build its own $100 million cancer institute on the OLOL campus, more or less adjacent to MBPCC.

More recently, however, the two institutions have focused on the details of unwinding their complex web of relationships.

For MBPCC, the affiliation with OneOncology is a way to remain independent and grow into a comprehensive cancer care center that provides chemotherapy as well as radiation oncology.

Though many patients don’t realize it, all the chemotherapy services that, until now, have been provided at MBPCC have been done by OLOL employees with equipment owned by OLOL in space leased by OLOL in the MBPCC building.

As such, OLOL, which also employed one of the two hematology/oncology practices that provided chemotherapy, was able to retain all the chemotherapy revenues, which are much more profitable than the business generated by radiation therapy.

OneOncology will invest in the buildout of MBPCC’s chemotherapy business, take over back office functions like IT, HR and billing, and also enable MBPCC to access what is said to be the premier electronic medical records platform for cancer patients, Flatiron.

OneOncology will also enable MBPCC to participate in clinical trials of new drugs and treatments.

Because of the size of its network, OneOncology gets a break on pricey chemotherapy drugs, though it does not receive the kind of deep discounts that the federal government gives OLOL and other tertiary care hospitals in return for providing care to indigent patients.

OneOncology was launched in 2018 by three large private oncology practices that wanted to remain independent while also sharing costs on drugs, back office services and electronic health records systems. In the years since, it has grown to include 500 providers at 175 care sites around the country. It is backed by a $200 million investment from the private equity firm General Atlantic.

Through the remainder of the calendar year, MBPCC and OneOncology will focus on implementing clinical programs and identifying opportunities to optimize the partnership beginning next year.

“This is an exciting new path for Mary Bird Perkins,” says Todd Stevens, MBPCC president and CEO. “We’ll take what we’ve built over the last 50 years and expand upon it in ways that we were unable to before. And with the community’s support firmly behind us, we will stop at nothing to improve survivorship and lessen the burden of cancer.”

For a deeper dive into what lead to the end of the MBPCC and OLOL partnership, read this story from the November edition of Business Report. 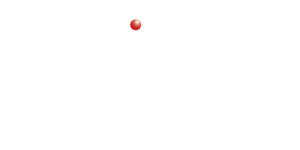